The Scrolls of Lankhmar

You are here: The Fritz Leiber WIKI

Harlan EllisonOne of the perhaps dozen writers in the history of literature whose command of the language, whose inventiveness, whose shining genius intimidates me.

Welcome to the Scrolls of Lankhmar. It contains information on the writings of Fritz Leiber and also the RPG Guide to Nehwon, which is a knowledge base for all role-players playing in or running a Nehwon-based role-playing game. 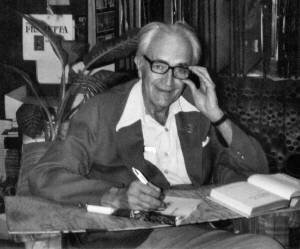 Fritz Leiber was born in 1910 and died in 1992. He was considered one of the best genre authors of all time and a pioneer in the field. He was very well respected and admired by his peers, and authors such as Harlan Ellison, Ramsey Campbell, Stephen King, and Neil Gaiman have all remarked on how much authors today owe to him. Among many awards bestowed upon him include the Grand Master of Science Fiction, Grand Master of Fantasy, and one of the first Bram Stoker Awards for Lifetime Achievement in horror. He excelled and broke new ground in all three genres–a rarity among authors.

Leiber's best known works include his Sword & Sorcery1) series about those two infamous scoundrels, Fafhrd and the Gray Mouser, who not only blazed a trail in S&S parallel to Conan since 1939, but whose exploits were very influential in the early development of the Dungeons & Dragons game.

In Science Fiction his Change War series is known for its originality in time travel fiction and includes the Hugo winning short novel, The Big Time. Furthermore, John Pelan has stated that Fritz Leiber made Science Fiction grow the hell up…2) with his pivotal story “Coming Attraction”.

It is in the field of supernatural horror that Leiber caused the greatest shift in writing. With “Smoke Ghost” in 1941 the Jamesian ghost story is laid to rest and modern horror was born with a ghost derived from urban smoke and grit, feeding off of the twisted emotions of the city.

Ramsey CampbellFritz Leiber was the father of modern supernatural horror fiction, and its greatest master. I'll stake my reputation on the belief that once “Smoke Ghost” was published, the field could never be the same again.

“Smoke Ghost” is only one of many stories where he was a pioneer for modern horror:

Stephen KingCertainly without Conjure Wife there is no Rosemary's Baby or The Stepford Wives, and probably without Night's Black Agents there is no Books of Blood or Night Shift. 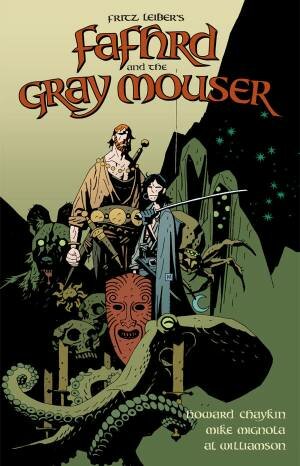 Everything that GMs and players need for adventuring in the environs of Lankhmar and over the lands of Nehwon in contained herein. 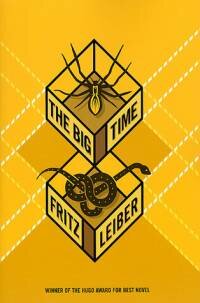 The Scrolls of Lankhmar Goodreads group is currently reading The Big Time. Join us at Goodreads.

Read Fafhrd & the Gray Mouser and The Snow Women with us at Goodreads.

Donate to The Scrolls

If you enjoy this resource, consider donating to defray the monthly server costs and yearly DNS registry. Become a patron of The Scrolls of Lankhmar at Patreon.

Except where otherwise noted, content on this wiki is licensed under the following license: CC Attribution-Noncommercial-Share Alike 4.0 International